The U.S. Court of Appeals for the Fifth Circuit (which covers Texas, Louisiana and Mississippi), in a surprising 2-1 decision late yesterday, overturned a lower court decision and vacated the U.S. Department of Labor’s fiduciary rule with respect to retirement advice.

The court held that the agency exceeded its statutory authority under retirement law (ERISA) in promulgating the measure. The rule requires that advisors act in the best interests of their clients in retirement accounts and had survived repeated previous court challenges.

The Fifth Circuit decision came just one day after the U.S. Court of Appeals for the Tenth Circuit held that the DOL did not “arbitrarily treat fixed indexed annuities differently from [traditional] fixed annuities” under its fiduciary rule. Meanwhile, the U.S. Court of Appeals for the D.C. Circuit still has an active case considering the efficacy of the DOL fiduciary rule. None of these intermediate appellate courts is bound by decisions of the others.

According to the Fifth Circuit panel majority’s decision, the DOL acted unreasonably, arbitrarily and capriciously in expanding a 40-year-old definition of “investment advice fiduciary,” and did not deserve the deference that courts usually accord federal agencies. The court noted that while the DOL “has made no secret of its intent to transform the trillion-dollar market” for retirement investments, it was “not hard to spot regulatory abuse of power when an agency claims to discover in a long-extant statute an unheralded power to regulate a significant portion of the American economy.” Moreover, “far from confining the Fiduciary Rule to IRA investors’ transactions, DOL’s regulations affect dramatic industry-wide changes because it’s impractical to separate IRA transactions from non-IRA securities advice and brokerage. Rather than infringing on SEC turf, DOL ought to have deferred to Congress’s very specific Dodd-Frank delegations and conferred with and supported SEC practices to assist IRA and all other individual investors.”

Chief Judge Carl Stewart’s dissenting opinion argues that “the DOL acted well within the confines set by Congress in implementing the challenged regulatory package, and said package should be maintained so long as the agency’s interpretation is reasonable.” In his view, “That the DOL has extended its regulatory reach to cover more investment-advice fiduciaries and to impose additional conditions on conflicted transactions neither requires nor lends to the panel majority’s conclusion that it has acted contrary to Congress’ directive.”

In a joint statement, the Fifth Circuit plaintiffs (including the Financial Services Institute, the Securities Industry and Financial Markets Association, and the U.S. Chamber of Commerce) stated that “the court has ruled on the side of America’s retirement savers, preserving access to affordable financial advice. Our organizations have long supported the development of a best interest standard of care and the Securities and Exchange Commission should now take the lead on a clear, consistent, and workable standard that does not limit choice for investors.” It is still unclear what the fate of the DOL rule is going to be. The federal appeals courts are split on its legality. The DOL is going to have to decide how it wants to proceed. Typically, in a case such as this, a federal agency would decide whether to ask the full Fifth Circuit to reconsider the decision en banc or to appeal the case directly to the U.S. Supreme Court. However, this matter is further complicated in that the Trump Administration’s commitment to the DOL rule is unclear at best.

The SEC, meanwhile, has been examining whether to craft its own higher standard of client care. FSI and other industry stakeholders have continued to emphasize that they support such an SEC-created uniform fiduciary standard. These stakeholders have met numerous times with the leadership of the SEC in an effort constructively to engage with the regulators with respect to the creation of that standard. Those efforts will continue. We should not expect clarity about the DOL rule for some time yet. As always, I will keep you apprised as matters develop. Moreover, while we wait to see what happens next, I encourage you to contact me with any questions you may have.

There continues to be a misperception in the industry that the DOL has already... 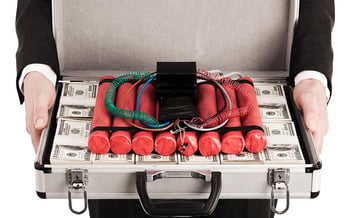 The Retirement Tax Time-Bomb is Ticking!