For most people, death is a passing thought. And good health can be taken for granted.

This is especially true when you’re in top form and feel great. Everyone thinks they’re going to live long and prosperous lives. And hopefully, that will indeed be the case.

However, you know that it doesn’t take much for your life to take a sharp turn for the worse.

If you’re unprepared, you risk dragging your entire family into a difficult financial situation.

But it doesn’t have to be this way.

The death of a loved one can strike when you least expect it. And it only sounds cliché until it happens to someone you know.

When I was an agent for New York Life, I purchased Life Insurance for myself, my husband, and both my children. I was always taught that you needed to be your own first client, so I took that step. We were all insured. The plans were in place.

A number of years later, we ran into some financial difficulties, as the Fishing Industry left the United States, and my husband found himself looking for a new career. Thankfully, for the life insurance cash value, we were able to make it through until we got back on our feet. We were young, and I made the fatal mistake of cashing out the policies instead of taking loans.

Once we were back on our feet, we decided to get my husband insured again. Unfortunately, he was declined. Unbeknownst to us, he had diabetes, which had been undiagnosed. The underwriters told us they would reconsider in two years, after my husband had his diabetes under control. Unfortunately, before we could re-apply, my husband had a massive heart attack, which resulted in a quadruple by-pass. The only insurance we could buy now would be guaranteed issue. My husband was only 43.

One and a half years later, on an ordinary day, my 16 year old son left for school. I had been traveling for work, and had arrived home that morning to kiss him goodbye and tell him that I loved him. It was a Friday, and both my husband and I were home that day. At about noon, we got a knock on the door. Standing there was my son’s best friend, a police officer, and the school principal. They were speechless. All that I remember was, “get to the hospital, your son is in emergency”. After waiting a few hours in emergency, the surgeon came to meet with us. He had tears running down his face. He said that my son would need a heart transplant to live, but the only way they could even put him on the list was if he still had brain activity. He had collapsed in school during a weight lifting session. He had been without oxygen for more than an hour. The next day the neurologist confirmed that he was brain dead. We had to make the excruciating decision to take him off life support. He was a straight A student, a championship athlete, and a phenomenal human being. The autopsy showed no cause of death, and the death certificate came back with “natural causes”. After years of trying to find answers, we believe that he died from a sudden cardiac arrhythmia. His heart just skipped a beat and he was gone!

The life insurance we had purchased on his life had been cashed in during our rough spell. Life insurance would mean nothing compared to having my son back, however, it might have bought a little time to grieve. It could have been a legacy for his brother. I think he would have wanted that. That is just the kind of kid he was.

Thinking about our own mortality or the mortality of our children is something that is just not pleasant, let’s be real. Life can change in the loss of one heartbeat. And if my son hadn’t passed away so suddenly, and we had kept the life insurance, he would have had a college fund, as he planned on pursuing a medical degree.

What is your story? Sharing these types of “Why stories” can be extremely impactful when you are having this conversation with your clients. Whether the story is directly about you, a client of yours, or even to use my story “from a peer”, making that emotional connection will drive your clients to act now. If you need help developing your “Why story” call your Business Consultant. We have all gone through training to help you with this important message. 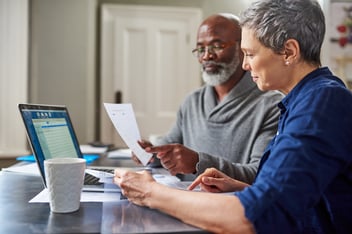 Annuity Info You Must Have during National Women’s Month 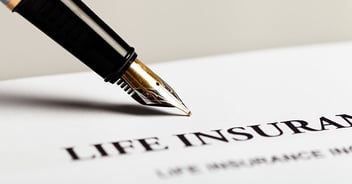 Every September is Life Insurance Awareness Month (LIAM). The team at Life Happens created LIAM to... 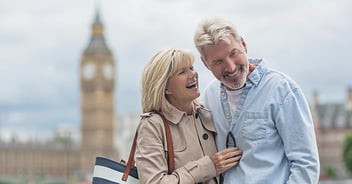 Life Insurance in the traditional sense provides heirs a tax-free Legacy when their loved ones...