As a Business Consultant and longtime Investment Advisor Rep myself, I try to keep up with both political and economic issues that may impact either or both disciplines, and from time to time a situation arises that causes me to pause and take note. One such occurrence began in the early months of 2021. This being LTC awareness month I believe it is an event for both financial professionals and the public to take note of.

The state of Washington, where I built and sold my first agency, has no income tax. The only way for the state to generate taxes is through sales tax, excise tax and payroll tax. So when the government sees a need they must follow one of those channels. In the latter part of 2019, the State approved the Long-Term Services and Support Trust Act (LTSS) later renamed the Washington Cares Fund. It is a payroll tax created to provide Long Term Care coverage for those that pay into it, and the law requires all income paid via W2 in the state to be taxed 58 cents per $100 dollars of payroll beginning January 1st, 2022. The state’s rationale for doing this, per the WA Cares act website is:

Long-term care is expensive, it is not covered by Medicare and most of us will not have the savings to pay for it. Seven in ten of us will need long-term care during our lifetimes, and most older adults today end up relying on family members to care for them or impoverishing themselves to qualify for Medicaid.

A statement that is not at all disputed here.

Once vested, this payroll tax provides the eligible state resident with a benefit of $100/ day up to a cap of $36,500. The trigger for the benefit is 3 out of 6 ADLs, not 2 out of 6 commonly found in private LTC coverage. To be eligible the state resident must meet hour and minimum year requirements set by the state [1]. Those that do not pay into the program for a minimum of 10 years and those already currently retired will not be eligible for the state-run long term care program benefits. In addition, benefits will not be payable until 2025 and are not portable or payable if you live outside the state of Washington when you need benefits.

So, if you are less than 10 years way from retirement or may relocate out of the state for your retirement, why should you be subject to the tax? Great question, you’d be paying for something you will not benefit from. So the state offers a “one time exemption” or “opt out” from the tax. This exemption requires the resident to show proof of a valid LTC policy in force prior to October 31st of this year. There is a window to show this coverage in force and apply for the exemption October 31st, 2021 to December 31st of 2022.

This is where the problems for our industry begin. LTC insurers, from traditional LTC companies, to Life Insurance companies that offer true LTC riders, to Annuity companies offering Hybrid LTC contracts have been inundated with applications for the last several months, so much so that a bottleneck has been created and all companies are suffering. Agents are seeing simple, easy to issue policies taking 45 plus days to go from approved/issued to in force. Insurance companies are hiring and training new underwriters and policy service reps to keep up with the demand, but in the current employment market, they can’t keep up.

As a result, many carriers offering LTC in the State of Washington have ceased accepting new business from that state altogether. It has created a major headache for agents and carriers alike for individuals to get a “one time” exemption from the tax. All of this for a benefit that is far from adequate and hard to trigger the coverage, especially in the state of Washington, one of the highest LTC cost states in the nation.

In my opinion, this “one time” exemption is a foolhardy venture. To allow a “one time” exemption from a payroll tax invites all kinds of shenanigans. Last week when the requests for exemption were initially allowed, the state received 95,000 requests before their overwhelmed site crashed. That is in the first week! Suffice it to say, there are many multiples of that number that have yet to request the exemption. You can see what a burden has been placed on the carriers to issue these policies. Unless there is a change to the law that requires recertification of the LTC coverage periodically, I fear the carriers and agents have been put through an expensive exercise that accomplishes nothing.

To me the silver lining for the law rests in the message it sends to residents and agents, and it is twofold:

[1] Benefits are limited to Washington residents who have paid premiums under the Program for either: 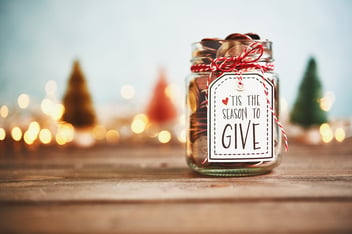